How To Start A Lucrative Bread Bakery Business

According to a recent study, the demand for bread is expected to explode in the coming years. South Africa, Nigeria, Ethiopia, Sudan and Kenya are currently the largest and leading bread markets in Africa.

The key drivers of this demand are Africa’s rapidly growing population, an expanding middle class which has more money to spend, an enlarging labour force, and increasing rates of migration to African cities and towns.

In Nigeria, the bread market was estimated to be worth around $338 million dollars in 2015, with over 160 million people consuming bread daily, and an average consumption rate of over 10,000 Naira being spent per head and around 2.2kg of bread consumed per head annually.

These bread consumption statistics makes the bread bakery business in Nigeria and many other places around the world, a very lucrative one as it produces an immediate turnover and can turn a profit in a very short time due to excessive demands.

Bread is the third most consumed food staple in Africa just behind rice and cassava. It is a generally accepted food, and its appeal is because of its ready to eat nature and the fact that is is enjoyed by almost everyone.

The global bread consumption rate is estimated to be around $487 billion dollars annually, with the United state been the highest consumer of bread globally, consuming over $71 billion dollars worth of bread annually.

Bread has been a major source of food that is widely accepted around the world as an affordable meal for everyone to easily have.

Bread has been known to be an ingredient in other food preparations, like its use as breadcrumbs in the preparation of crunchy crusts, thicken sauces, salad topping, stuffing roasted turkeys, or in bread puddings.

Bread when stale can be converted to animal feeds.

There are different categories of bread that attract different kinds of consumers in Nigeria. It’s very important that entrepreneurs understand these categories to help them decide on the type of bread they will produce, the likely competition and the needs of the market. 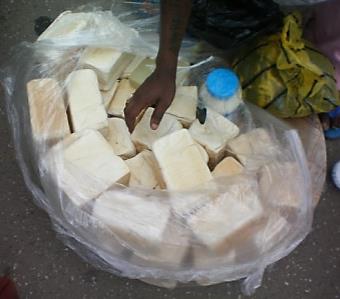 At the bottom of the ladder is the basic, plain and cheap white bread. This variety is very common with  low income earners or people who just want to fill their belly and don’t care about nutritional content.

This type of bread usually comes without any labeling, branding or packaging and very little attention is paid to product taste, quality or hygiene. It’s best described as ‘bread for bread’s sake.’

Popularly known as ‘Agege bread’ in many parts of Lagos (Nigeria), this basic white bread is usually less than the size of a standard loaf and can be consumed in one serving by one person.

Agege bread is normally unsliced and its nutritional content is the poorest in the market.

Some bakers have been found to include unhealthy additives and dough enhancers (like Potassium Bromate) to artificially increase the size of this bread in order to fetch higher profits. Most of these substances are banned in several African countries but their use remains widespread due to poor regulation and low consumer awareness.

More than 50 percent of bread sold on the African market are of this type and most consumers are drawn to it because of its very low price. As a result, most independent and small-scale bakeries producing this bread make money by selling cheap at high volumes.

There are usually no leading producers in this segment of the bread market and it’s commonly dominated by many small-scale and family-run bakeries. 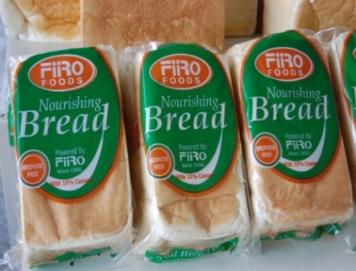 At the midsection of the bread market are loaves which provide nutritional value to the consumer.

This type of bread usually contains ingredients like eggs, milk, fruits, etc. and generally do not contain unhealthy supplements or additives.

A lot of attention is usually paid to the product’s taste, branding, packaging and overall quality.

This bread appeals to, and is targeted at, African middle-class households and customers who are conscious about high food standards, nutritional content, quality and taste. These customers are also willing and very happy to pay extra for this higher quality.

Most families also prefer nourished bread for their growing children. As a result, nourished white bread costs much higher than the plain version on the market.

This segment of the market is dominated by franchise bakeries, industrial bakeries and small independent bakers. 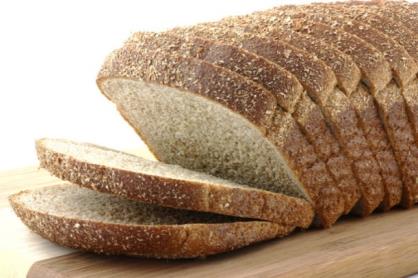 This category of bread refers to wheat (brown) bread, whole meal bread and other forms of uncommon bread in the market.

Consumers who prefer these kinds of bread do so for lifestyle, health, taste or cultural reasons.

Special bread is usually sold in specialty stores and supermarkets. They cost much more than the plain white and nourished versions and require specialized skills and experience to produce.

Bakeries that produce this bread target niche markets like upper class residential areas and parts of town with a large population of foreigners.

Facts And Benefits Of Bread

How to start a bread bakery business

Bread bakery  business plan is not as scary as it sounds. Even if you don’t intend to source any capital from banks or investors, it is important that you organize your thoughts on paper.

A business plan doesn’t have to be complex or too elaborate, just something to keep your eyes on the big picture. The business plan will allow you to easily identify the obstacles and anything you may not have considered.

Your business plan should consider the prevailing market price for the type of bread you want to produce and how much competition there is. You also need to estimate the profit you’re likely to make in the first, second and third years.

Is it sustainable? Is it worth the time, effort and capital?

2. You should know enough about bread

Nobody says you must be a master baker to succeed in this business; you really don’t need to. However, you need to know the basics and tricks of the trade if you want to survive in this business.

Sign up for a bread baking course and learn the basics about measurements, recipes, flavours, packaging, branding and marketing. You should not give in to the temptation of thinking it’s enough to just hire a manager and have the bakery make you money.

Ignorance in the bread bakery business is likely to open you up to financial losses and eventual failure.

3. Choose a location that’s close to your target market

The types of bread in the African market appeal to different segments of consumers. You must ensure that the type of bread you intend to produce will find a sizeable market in your area.

What kind of people live around you?

Are they high, middle or low-income earners?

Are they students, single people or households with families?

Are they predominantly young or old people?

If you live in a closely knit community like a residential estate or a university campus, it may be a great opportunity to run this business from your home kitchen. (photo credit: miraimages.photoshelter.com)

Look for newly established or developing suburbs and high traffic locations that have little competition. It’s also important to focus on areas that may not be well serviced, like industrial estates or high density office blocks where you can draw eager customers.

4. Would you need a permit or license to operate?

Depending on your country and location, you may require a permit or license from a government establishment or Consumer Health office to operate a bakery.

What are the requirements and standards for approval?

Would you need to have specific equipment like fire safety tools?

Is there a standard qualification you must obtain to be eligible for a permit?

You must know these requirements in advance and take the necessary steps to ensure you get the approval you need to open your doors to the public.

5. You need to use the right equipment

The size and quality of your equipment will depend on how much bread you intend to produce for the market and the amount of startup capital you have.

It’s very important that you don’t spend too much on equipment at the beginning of this business. Look out for any good quality, pre-owned (second hand) bakery equipment you can find at a bargain price.

The basic equipment you need to start a bakery business include: an oven, mixer, dough moulds, dough divider, fermentation chamber (proofer) and maybe a bread slicer.

With some creativity and higher quality, a new bakery can easily win consumers over from an established bakery. When properly planned and operated, bakeries can become a rich source of lasting income.

How To Start A Lucrative Bread Bakery Business